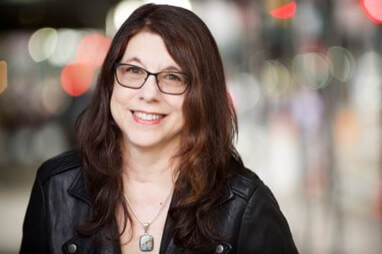 S. Lee Manning spent two years as managing editor of Law Enforcement Communications before realizing that lawyers make a lot more money. A subsequent career as an attorney spanned from a first-tier New York law firm, Cravath, Swaine & Moore, to working for the State of New Jersey, to solo practice. In 2001, Manning agreed to chair New Jerseyans for Alternatives to the Death Penalty (NJADP), writing articles on the risk of wrongful execution and arguing against the death penalty on radio and television in the years leading up to its abolition in the state in 2007.
​
​An award winning writer, Manning is the author of international thrillers. Her life-long interests in Russia and espionage are reflected in her Kolya Petrov thrillers. Her first  novel, Trojan Horse, winner of the 2020 Kops-Fetherling International Phoenix Award for New Voice in action/thriller and a finalist for Killer Nashville's Silver Falchion Award in two categories, and the National Indie Excellence Award for political novels, debuted on October 16, 2020 from Encircle Publications, and Nerve Attack was launched on September 22, 2021.  Bloody Soil, her third novel, will be launching on November 9, 2022.

Manning also began performing as a stand-up comic after taking a class at the Vermont Comedy Club. In 2019, she was a semi-finalist in the Vermont's Funniest Comedian contest. In August 2022, she performed stand-up at Killer Nashville.

​Manning lives in Vermont with her husband and fellow author, J.B. Manning,  and their very vocal cat Xiao, but frequently visits her daughter Jenny in California and her son Dean in New Jersey.

For news about my books, links to articles or blogs, or possible contests to be held in the future, sign up here.