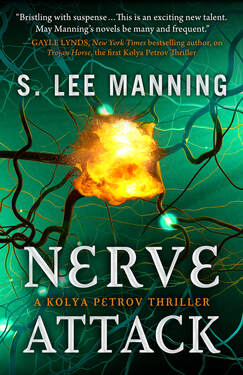 The swirled multicolored domes of St. Basil’s and the Kremlin glowed in the early darkness of the Russian winter, and at the far end of Red Square, skaters twirled on an ice rink in the lightly falling snow. A Christmas card perfect scene – if one just went by appearances, but, as Kolya Petrov knew, appearances could be deceptive. Nothing in Moscow was ever as it seemed. Still, if he were a tourist, Kolya might have enjoyed the sights as well as the music, Mussorgsky’s Pictures at an Exhibition, blaring over the rink’s loudspeakers.  While his musical passion was for jazz, both playing and listening, he also liked classical – even if the Mussorgsky piece seemed a bit of an odd choice for skating music. It was only an idle thought. He wasn’t a tourist or a visiting musician. Nor was he from Belarus visiting relatives - as his fake passport claimed and as he’d casually mentioned at the hotel. He was an American intelligence operative.
An older woman in a shabby coat stood in a booth with an electric heater, renting skates to those who hadn’t brought their own. He told her his size, peeled off the requisite bills, and she handed over a pair of brown hockey skates with rusty blades. He carried them to a nearby bench, kicked off his shoes and tried them. They fit, a little looser than he would have liked – not great if he’d wanted to play hockey or figure skate, but good enough for today’s purposes.
He was dressed warmly, a wool cap covering his blond hair and three layers –long sleeve shirt, wool sweater, blue ski jacket, but it was still cold. He estimated the temperature at maybe five degrees. Colder than Washington D.C. where he currently lived – but not as cold as he remembered from his last experience of January in Russia.
The skating rink, small by Moscow standards, was in front of the GUM, the state department store during the days of the Soviet Union, now a luxury shopping mall, filled with designer stores. Open December to March, the rink was well lit, and dozens of warmly bundled skaters of all ages circled the ice.
While tightening his skates, he assessed the small crowd around the rink. One man in a sheepskin hat, late middle age with a hard face, stood on the far side of the rink, hands in pockets. He seemed to have no connection with any of the skaters – nor did he seem interested in skating.
Sheepskin Hat, a little less surreptitiously than Kolya, was checking out the crowd around the rink, but his attention focused on a woman with red hair skating with a dark-haired teenage girl. Did Sheepskin Hat know that the red-haired woman was about to pass something off to American intelligence – or was he just routinely assigned because of who she was: Maria Andropov, mistress and accountant to the President of the Russian Federation – and Kolya’s contact?
Or maybe nothing was going on. The man could just be enjoying the sight of the skaters or maybe watching a friend or a relative.
Kolya’s instincts said no, and he hadn’t survived seven years on the job by ignoring his instincts. Sheepskin Hat had the look and feel of a professional on the job. Kolya suspected he was FSB – the state security organization that had replaced the KGB.
Kolya saw no one else that looked suspicious. Then again, someone with good tradecraft probably wouldn’t draw attention to himself. The mere fact that Kolya’d noticed Sheepskin Hat either meant that he was there to divert attention from whoever might be the real threat – or that Maria was considered low priority, and they’d assigned someone who wasn’t all that good.
He hoped it was the latter, but he had to be prepared for anything.
Moscow rules.  Trust no one. Trust nothing.

"Manning’s follow-up to Trojan Horse, attacks the reader’s nerves [pun intended] as they cling to the book as if their hands were nailed to the binding." Ali Karim, Shots Magazine
​​